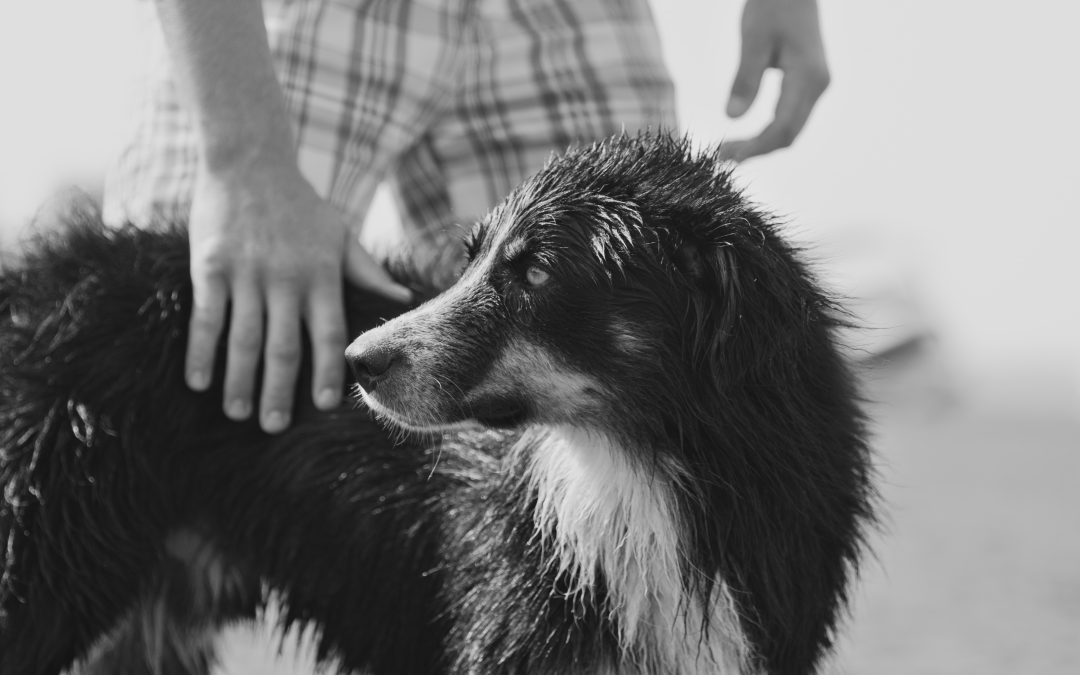 Usually when I take breaks from my workday to mindlessly scroll through my various social media feeds, I just zone out.   When I saw on my facebook feed a couple of weeks ago that an injured dog had wandered up to a friend’s job site in North Dakota, I had to stop to read what was up.   My friend, Rebecca, was working in North Dakota when this sweet cattle dog wandered up to her job site.  He climbed up onto her lap, and began licking her face and crying.  He was underweight and injured, but incredibly friendly.  In an attempt to reunite this poor pup with its owner, Rebecca and her workmates called the number on the dog’s collar, and were told that the dog had been given away to a rancher.
The next day, while waiting to hear back from the previous owner about the identity of the rancher, Rebecca took the dog to the vet (an hour and a half drive away).  The dog’s hair was full of seeds that had to be cut out, so they took care of that as well as updated his shots.  By then, the rancher had shown up at the job site, and was angry that she had taken the dog to the vet.  He did not want to pay for any treatment the dog might need, nor did he want to keep the dog.  Rebecca was willing to pay for everything the dog needed, and she offered to find a home for him if that’s what the rancher wanted.
Not only did Rebecca find a home for the dog, but she drove him 1300 miles from North Dakota to Western Washington.  In 26 hours.   I couldn’t stop thinking about how wonderful this whole story was, so I emailed Rebecca while she was on the road to see if she would be willing to let me photograph her and the dog when they made it home to Washington.  She said yes, so one week ago, I drove up to Warm Beach to meet up with Rebecca and the dog’s new owner, Logan.
This was the first time Logan was meeting the dog, but he had already decided to name him Hank.  This was Hank’s first PNW beach experience, and it was magical.  It’s crazy to think that this dog had a completely different life less than a week before meeting his new owner.  He might not have been alive much longer if he hadn’t found Rebecca.  How lucky is this dog?!  How lucky are we for witnessing such a wonderful, selfless act, by a truly kind-hearted person?  Seriously, I don’t know many people who would do half of what Rebecca did for this dog.  I hope that sharing this story will inspire others to do something, anything, to make some sort of difference for someone or something.
Before heading off to his new home, Hank had a bath and some snuggles.  It was an emotional goodbye for Rebecca, but it was also a happy one knowing Hank was going home with someone who will take great care of him.  I am still in awe at how wonderfully this situation turned out.  What a beautiful person Rebecca is for saving Hank’s life, and Logan is quite the hero for welcoming Hank home. 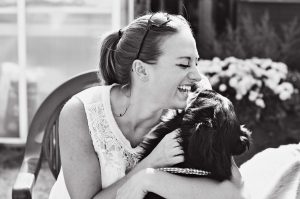 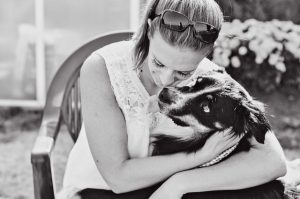 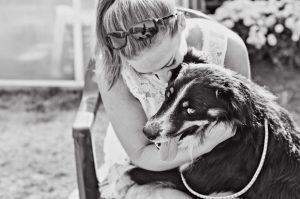 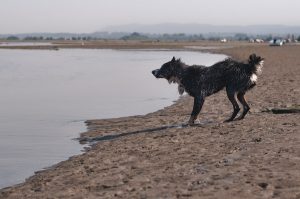 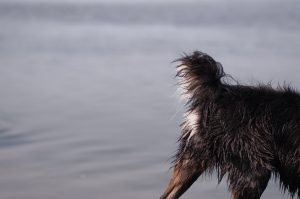 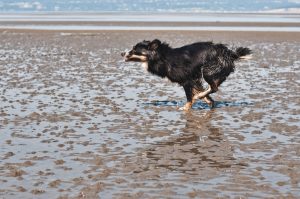 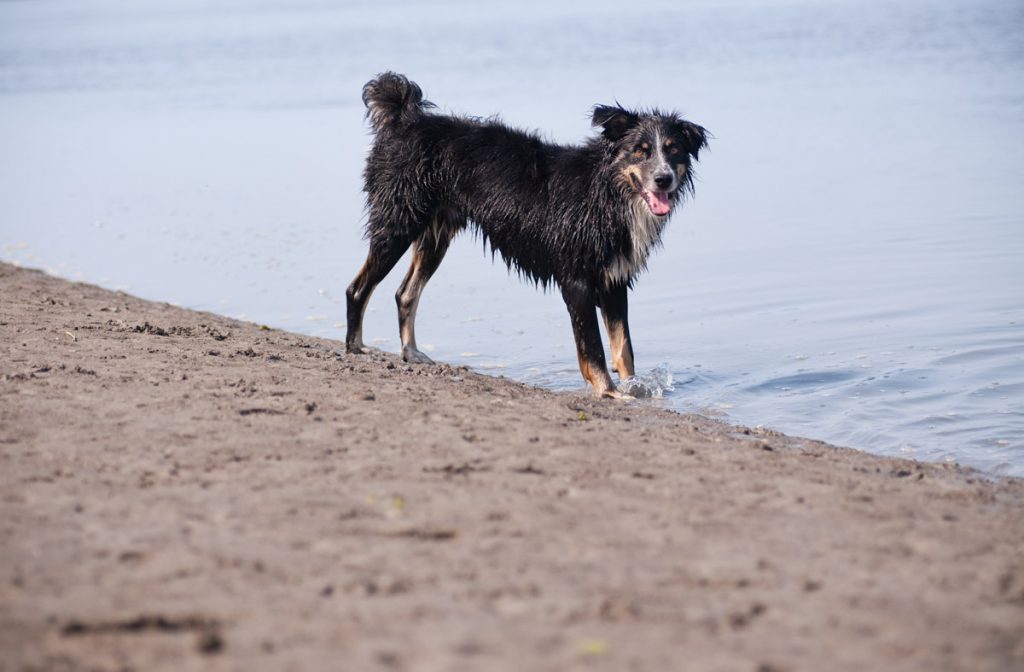 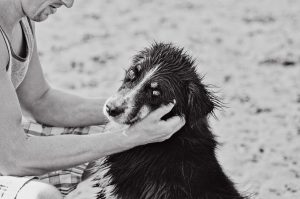 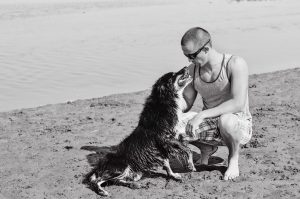 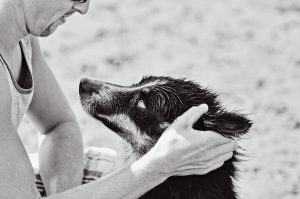 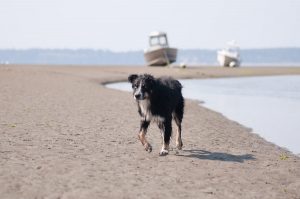 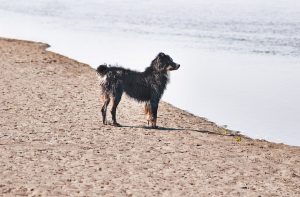 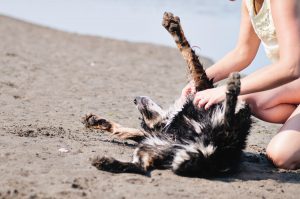 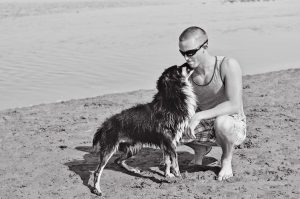 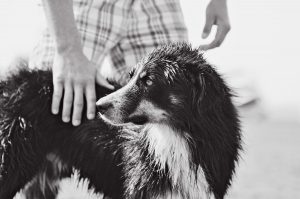 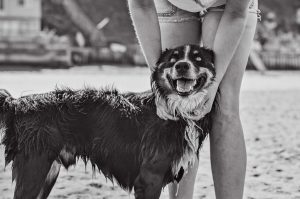 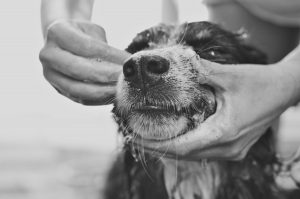 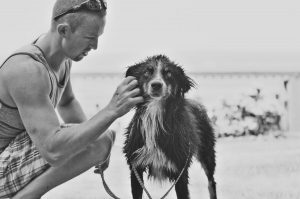 If you have, or know of, a great dog story, I’d LOVE to hear about it.  I’d like to feature some stories here in the future, so please send me an email with yours. Thanks!  – Marika