Rescue Dogs of Seattle: Shining The Light on Sidney 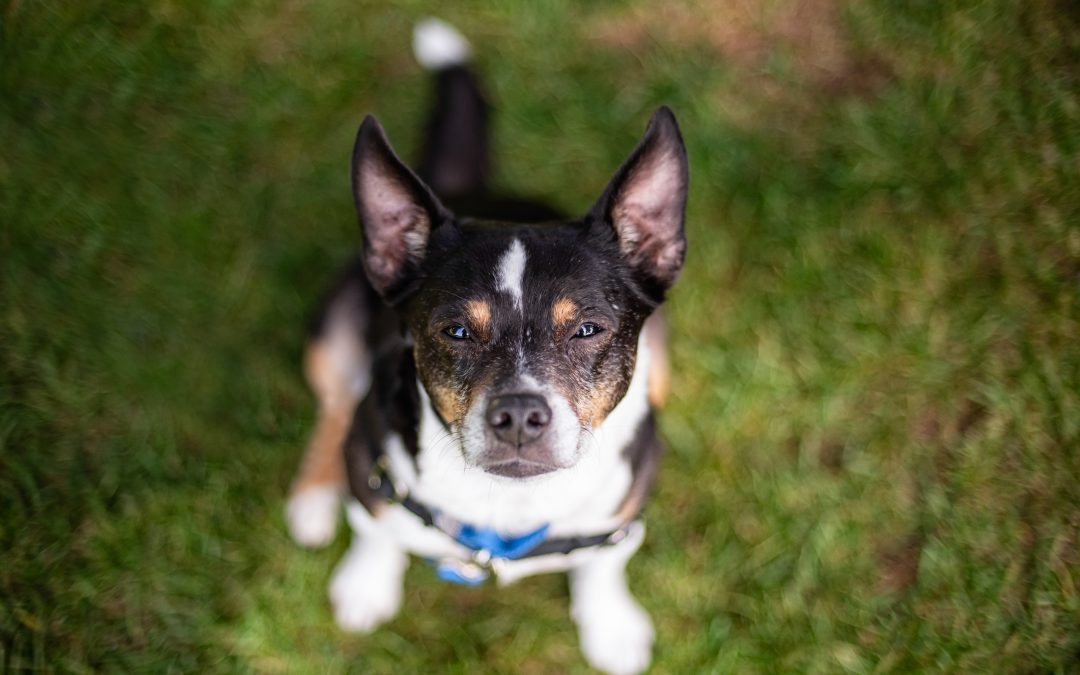 Seattle loves rescue dogs. Well, all dogs, but there’s a very special spot in our hearts for those dogs in need of a second, third or fourth chance at happiness. I’ve spent the past four years witnessing the great work that the people here do for rescue dogs in Seattle. My own work has consisted of helping to tell the stories of harder-to-adopt dogs through photos and videos. I do most of this through The Limelight Pet Project, of which I am a co-founder. This work is my heart-work. The stuff that makes me feel grounded in the world. If I could spend all of my days telling the stories of the rescue dogs of Seattle, I would. Maybe someday I will.

Shining the light on rescue dogs of Seattle.

I recently had to take some time off from The Limelight Pet Project to be with family after a tragic loss, but when I returned, I was ready to get back to telling the stories of rescue dogs in Seattle. My first feature back in the game was Sidney from Homeward Pet Adoption Center. This spunky little terrier mix is ten years old, but her age doesn’t slow her down a bit. We were given the heads up from a friend before our session that Sidney was pretty talented at rolling around in the grass. It wasn’t long before we got to witness it for ourselves, and wow. It was a challenge to capture in photos! Just when you’d think she was lying down to give you a roll, she’d flop in another direction outside of the frame. 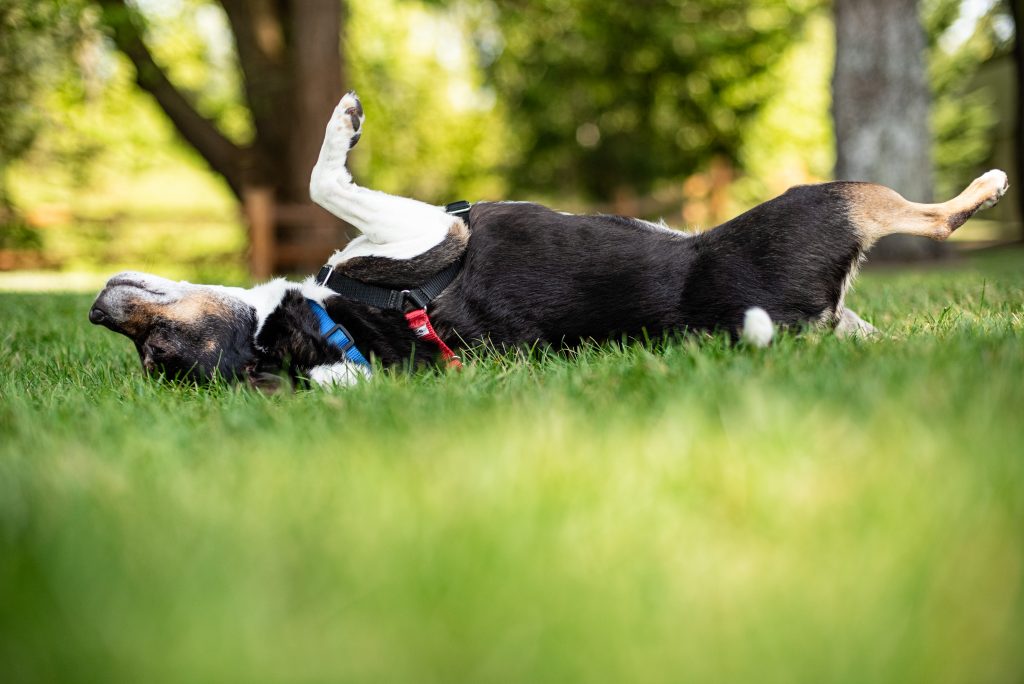 Sidney, a rescue dog in Seattle, goes for a roll in the grass at Homeward Pet Adoption Center.

Sidney, a rescue dog in Seattle, hangs out in the grass during her photo shoot with Dirtie Dog Photography. 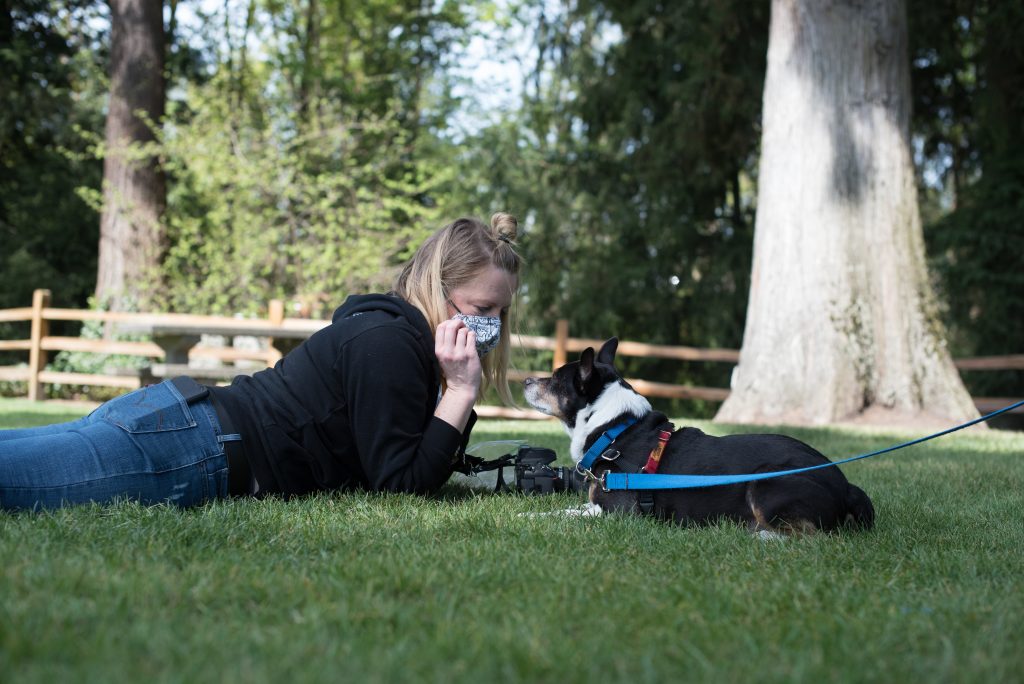 It takes a team to shine the light.

We had this moment during the session where Holly of Holly Cook Photography was standing over me to capture some video while I photographed Sidney running toward us. I think my favorite thing about this day was getting to do this work with people I love. As you can see in the photos, we do just about anything to get the shot. 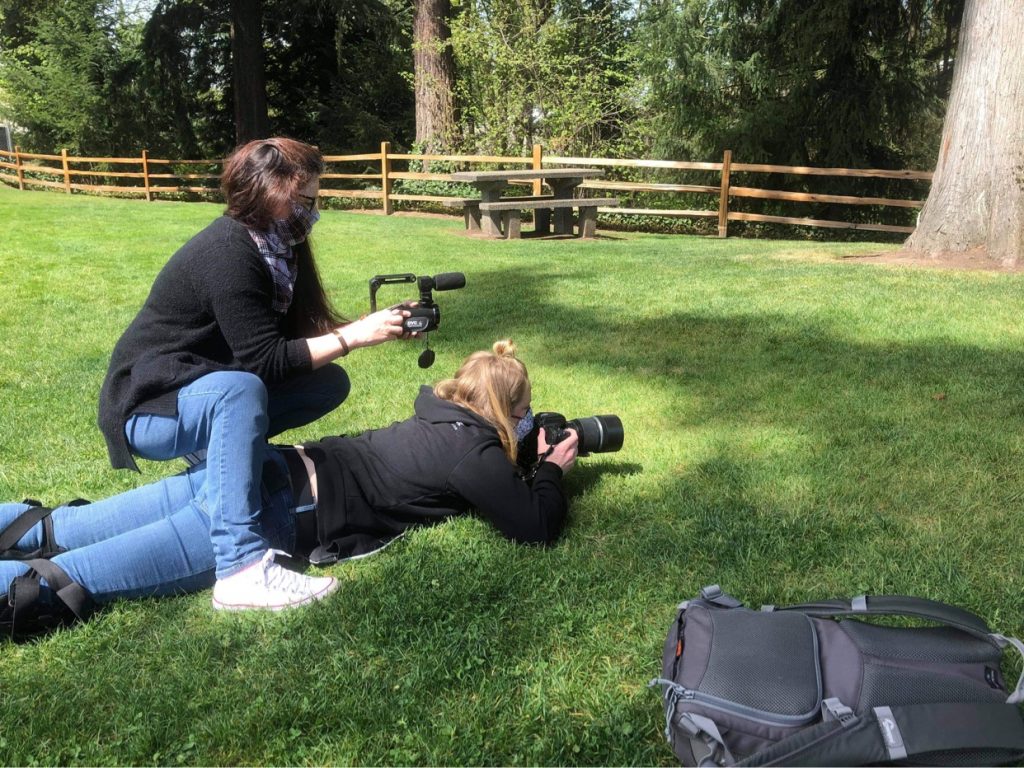 Marika Moffitt and Holly Cook of The Limelight Pet Project work together to get the perfect shot. 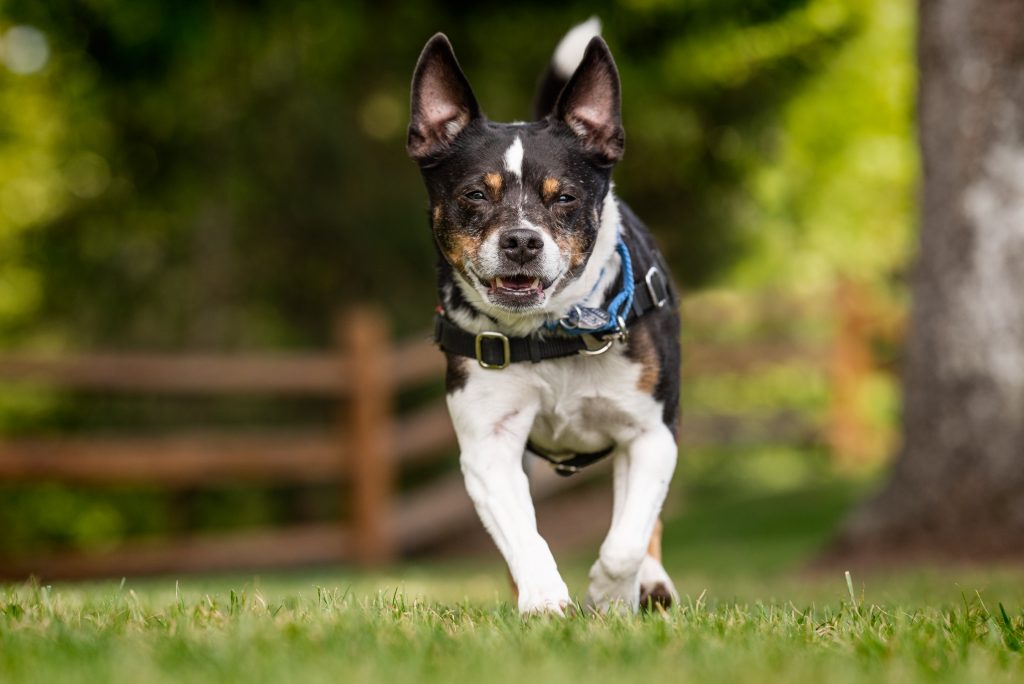 Sidney from Homeward Pet Adoption Center runs toward the camera during her photo session with Dirtie Dog Photography.

To learn even more about Sidney, watch our Limelight interview with Kacy Bradley from Homeward Pet Adoption Center below.

I’m honored to be a part of a wonderful group of pet photographers from around the world who are sharing their stories through weekly blogs. To continue through to the next featured photographer, check out Terri J Photography is available to photograph your beloved rescue dog in the Toronto area.